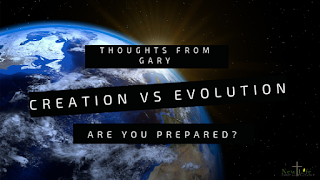 Today we are in a very real conflict of ideas, especially in the area where science and Biblical faith seem to collide. Although most adult Christians have already made up their minds by embracing the Bible as their ultimate source of truth, they can easily make the colossal mistake of assuming their children or their students will just naturally believe the way they do. In the past parents could say to their children, “That’s what the Bible says.” And that would be enough to settle the question. And since the educational system and the culture still had a respect for the Bible, kids would accept that without too much question. Today is very different considering what is being taught in our schools, and a statement like that will at some time or another come across as narrow and dogmatic to children. With this in mind parents need to be aware that they must be far more diligent in teaching their children Biblical creationism. We need to educate ourselves too, for if we are not able to present the opposite view to them in an intelligent manner, we will most likely lose them to the world’s view. In the minds of many young people, if they judge that the Bible is wrong about a topic as huge as creationism, they will likely conclude that if wrong in that one area then it is probably wrong about much of its content. To understand how we have come to this place, here are some things to consider:

In the book The Flood, Alf. Rehwinkel writes: “Until the early part of the nineteenth century geologists accepted the Biblical Flood as a historical fact and were agreed in tracing to this great world cataclysm many of the phenomenon in and on the surface of the earth’s crust, which since then have given rise to a great many theories concerning the history, development and age of our earth and its inhabitants. The change did not occur suddenly or as the result of some important geological discovery, but was a part, or the practical working out, of a large movement of thought know as Rationalism, which spread over all of Europe and the rest of the Western World and touched every phase of intellectual life, such as theology, science, philosophy, literature, and education. Human reason was made the measure of all things. Whatever could not be harmonized with reason was rejected. Even the Bible was subjected to this treatment. This meant the removal, as acceptable truth, of everything which partook of the miraculous or of any direct interference with the affairs of men or the universe on the part of a personal, omnipotent God.”

Alf. Rehwinkel continues on to write: “In biology, Rationalism led to the revival of the ancient Greek theory of evolution as an explanation of the origin of life that is found in the universe. The Biblical Flood story could of course not be made to fit into such a mechanistic scheme any more than the story of Creation as related in Genesis. Hence, both the Biblical account of Creation and the story of the Flood were ruled out as unacceptable and the modern theory of geology, which is evolutionistic in basic principle, took their place. And yet even modern geology and other sciences have unwittingly contributed much to confirm the Biblical account of the Flood. It is through the untiring efforts of geologists and other scientists that the earth has yielded up physical evidence in great abundance to substantiate the record of Moses concerning the universal flood.” [The Flood, 1951, Alf. Rehwinkel]

What Rehwinkel has pointed out is that science’s premise is clearly based in Rationalism and has fairly recently closed itself off to any Biblical influence, yet science, particularly geology has unwittingly proven much of the Bible’s claims concerning the universal Flood of Noah.

As we study this topic, there are some other very important things to keep in mind. All of those who are studying and scrutinizing the earth’s past history are only looking at signs left behind- which being fossils, geological rock formations, volcanic action, the effects of water erosion and the like are scattered throughout the earth. Being scattered as they are, requires a massive amount of travel and study for they must be pieced together like a giant jigsaw puzzle! This of course leaves great room for the development of speculations, hypothesis or theories at large since there are no living witnesses. The earth’s history in “signs” can only be interpreted by the very limited knowledge that humans have and since the very nature of science means that there is always a constant flow of new discoveries that put new light and evidences to either support or disqualify old theories, it should be very difficult to come to very many concrete conclusions. For instance, at one time it was commonly believed that the sun revolved around the earth, that is until Copernicus proved otherwise. However, the Bible, the inspired Word of God, gives us a full explanation of creation, though in very “broad brush strokes”.

So even though some scientists and evolutionists at large will try to deny the Bible’s view calling it a “leap of faith”, we (and they) must admit that theirs is a far greater “leap of faith” because their whole belief system is all premised in who and how they interpret the signs, scars and fossils of the past! What is far more concerning is how these same scientists have completely ruled out God or even Intelligent Design, which should disqualify them as rational scientists! The very nature of science is to look into the unknown with the intent to bring understanding to it. Typically hypotheses are developed and presented to with the invitation to critique, test and disprove it. If it stands that test, then it may take on the status of being a theory with the same invitation to disprove by the means of rigorous tests and trials from every angle so that what may be a proven theory today may be considered completely false by tomorrow.

The danger of scientists who put self-limitations on themselves, by ruling out God or Intelligent Design as even a possibility have certainly broken “the rules” of good science, are prejudges and should not be taken seriously!

Parents and Sunday school teachers, you must do your part to educate yourself and be diligent! You must study and be ahead of the class! Consider that when your children are young you spend hours and hours with them but make no mistake unlike your times with them their secular teachers are spending hours and hours too, but with a whole different focus which is to teach your children the unsubstantiated theory of Evolution as truth! (And they are being paid to do so, funded by your tax money!) Day after day your children sit at their feet, watching videos and listening to their views, values and lessons, contrary to what they have been taught at home or at church! It does not take long before the seed of doubt is planted and the day comes when they reject your Biblical beliefs as old fashioned, antiquated, uneducated and unscientific.

Here is what you can do, and you must do! You need to become a student and read what good creationist scientists have written. There are seemingly unending supplies of programs and documentaries that can be found on YouTube that you can watch and then watch with your children. Talk to them, reason with them, help explore their questions and doubts they may have and most important is you help them in surrendering to Jesus Christ and making Him the Lord of their life. We must all be born-again before we can really begin to understand the Bible and fully submit to the wisdom and holiness of God, for to the natural man the Bible is foolishness, but to the born-again man it is all life giving.

So don’t be on the defense or try to bluff your children into believing the “way you see it” but be proactive by teaching them how to study and how to learn-and that is a command; “ Train up a child in the way he should go; even when he is old he will not depart from it.” Proverbs 22:6

September 06, 2019
Well, here we are celebrating the 50-year anniversary of Woodstock.  Wow, man, how groovy is that?
Like far out! If you weren’t there digging the scene, man, you would think that it was like the most fab, really out of sight, man, happening ever. At least that is what all the specials and news write-ups are saying, but was it really?

I sadly watched many of my schoolmates and friends leave school on Friday as a normal student to
attend a concert, drin…
Post a Comment
Read more