What's Going on?!! Are we in the Tribulation?!!

The world is getting crazier and so is America. I don’t have to mention all the things that are going on in our own country – you already know what I am referring to. So much confusion and as predicted in the Bible, “Good is being called evil and evil is being called good”! So, many of you are wondering, “What’s going on?” “Are we in the End Times?” “Is Jesus coming back soon?” “Are we in the Tribulation?” The answer is yes, we are in the End Times, and yes, Jesus is coming back soon, and no, we are not in the Tribulation – yet.

There are so many questions about the sequence of what will happen in the End Times, so I will try to write periodically in order to help us gain some understanding. Here is what is and will be happening in a “nutshell”.
The Twentieth Century started the beginnings of the birthing pangs that Jesus referred to in Matthew 24, “There will be wars and rumors of wars. See to it you are not frightened for those things must take place, but that is not the end yet.” Luke 21:24B Jesus said, “Jerusalem will be trampled on by the Gentiles until the times of the Gentiles are fulfilled.” This began in 70 AD when the Romans took the city. During this time there were many wars, but two wars of great significance were World War 1 and World War II. World War I fulfilled the liberation of Jerusalem from the gentiles, through General Allenby of the British Army. Then, as a result of the Allies defeat of Nazi Germany in World War 2 and the halting of the satanically fueled Jewish holocaust, the Jews were allowed to return to their ancient and promised homeland - Israel. This was one of the greatest miracles and fulfillment of prophecy in modern times.
What many don’t realize is that according to God’s plan, Jesus could not return until the prophecy of the Jews returning to their land was fulfilled!
Nor can we forget that Jesus will not return until the Gospel of the Kingdom is preached throughout the earth! If we neglect evangelizing and The Great Commission we hinder the return of Christ. Preaching the Gospel of Christ MUST become the Churches priority once again!
Most likely, the next prophetic event will be the rapture of the Bride of Christ. Jesus told us that this will take place at a time when no one expects it, for there will be no warnings or signs that will give a clue that He is coming. According to the late Grant Jefferies, there is approximately 300 prophecies of His First Coming and 2400, or 8 times that many for His Second Coming! But the world is full of scoffers who do not believe this will happen. The Apostle Peter rightly spoke of those in 2 Peter 3:4. “…knowing this first of all, that scoffers will come in the last days with scoffing, following their own sinful desires. 4 They will say, “Where is the promise of his coming? For ever since the fathers fell asleep, all things are continuing as they were from the beginning of creation.” I recall over the years hearing statements such as, “People were talking about Jesus’ Coming when I was a child (1920’s and on) and it hasn’t happened yet!” It will! God’s Word is settled and does not change. What He has declared will come to pass whether we choose to believe it or not.
When the Rapture does come, according to Scripture, several things will take place simultaneously or at least nearly so: God’s trumpet will be blown and the angels will be sent out to sort out the hypocritical “Christians” from the genuine. The true believer will be taken up with Jesus Christ and the hypocrites in the Church will be held for the Great White Throne Judgement at the end of the Millennium.
Are you ready for His coming? As the Parable of the Ten Virgins show, 5 Virgins went into the marriage celebration and 5 were shut out! All ten were invited into the Marriage Supper of the Lamb (Jesus is the Groom) but half were not prepared and found the door was shut to them. Only those who are taken up with Christ now will be taken up with Him when He comes to rapture His Bride away.
// Pastor Gary A. Smith 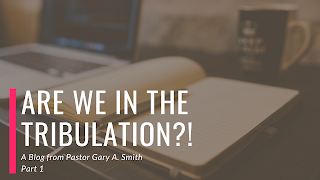